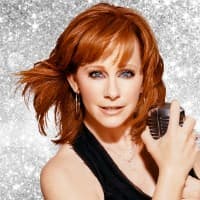 Reba Nell McEntire, also known mononymously as Reba, (born March 28, 1955) is an American country music singer, actress and businesswoman. She is often referred to as "the Queen of Country", having sold more than 75 million records worldwide. Since the 1970s, McEntire has placed over 100 singles on the Billboard Hot Country Songs chart, 25 of which reached the number one spot. She is also credited as an actress, having appeared in both films and television. She starred in the television series Reba, which aired for six seasons. She also owns several businesses, including a clothing line.

One of four children, McEntire was born and raised in the state of Oklahoma. In childhood and adolescence, her interests included barrel racing and sports. She also had a natural singing ability, which was encouraged by her mother. With her mother's help, she and her siblings formed the Singing McEntires, which played at local events and recorded for a small label. McEntire later enrolled at Southeastern Oklahoma State University and studied to become a public school teacher. She also continued to occasionally perform and was heard singing at a rodeo event by country performer Red Steagall. Drawn to her singing voice, Steagall helped McEntire secure a country music recording contract with PolyGram/Mercury Records in 1975.

Over the next several years, PolyGram/Mercury released a series of McEntire's albums and singles, which amounted to little success. In the early 1980s, McEntire's music gained more momentum through several top ten country songs, including "(You Lift Me) Up to Heaven", "I'm Not That Lonely Yet" and her first number one "Can't Even Get the Blues". Yet McEntire became increasingly unhappy with her career trajectory and signed with MCA Records in 1984. Her second MCA album titled My Kind of Country (1984) became her breakout release, spawning two number one Billboard country singles and pointed towards a more traditional musical style. Through the 1980s, McEntire released seven more studio albums and had ten more number one country hits. Her number one singles included "One Promise Too Late", "The Last One to Know" and the Grammy Award-winning "Whoever's in New England".

In 1991, McEntire lost eight of her band members in a plane crash in San Diego, California. The experience led to McEntire's critically acclaimed album For My Broken Heart, which is her highest-selling disc to date. She followed it with several commercially successful albums during the 1990s, including Read My Mind (1994), What If It's You (1996) and If You See Him (1998). These albums featured the number one country singles "The Heart Is a Lonely Hunter", "How Was I to Know" and a duet with Brooks and Dunn called "If You See Him/If You See Her". McEntire also began acting on film and television, beginning with 1990's Tremors. In 2001, she played the role of Annie Oakley in the Broadway musical Annie Get Your Gun. The same year, the WB channel launched the TV series Reba, which starred McEntire as a fictionalized version of herself.

All quotes by Reba McEntire:

To succeed in life, you need three things: a wishbone, a backbone and a funny bone.

Again its time to pray for peace.

Life's supposed to be about making the path a little gentler for those traveling behind you.

Make sure you're always giving, way more than you're taking

Thou shalt not whine' should be the eleventh commandment.

Be different, stand out, and work your butt off.

It's very important to surround yourself with people you can learn from.

If you want to succeed in life...you must pick 3 bones to carry with you at all times: a wish bone, a backbone, and a funny bone.

Get as much out of life as you possibly can with all the passion that goes with it. Then give it back with all the love and respect it deserves.

When I learned to forgive, it was like a million pounds were lifted from me.

Without God, I don't see how folks cope.

when life gives you lemons. Make yourself a screwdriver

It really has lifted my spirits. It's intensified my faith, given me more hope. That's what music does for me.

All the money in the world can't buy you back good health.

My goals have changed throughout my life. At one time it was winning awards, selling out concert dates, selling more albums than anyone else. Now, my goals are to see my grandchildren grown, live a long and healthy life with my family and friends and travel the world.

I think my song that reminds me of Mama is "I'm A Survivor" because she is one.

I just try not to judge. Dont judge me, and I wont judge you.

Mama was a stickler on keeping your word. That's helped me to make the right decisions in so many situations. Because of that, I also think really hard before I make a decision because I know I'm going to have to see it through.

Being a strong woman is very important to me. But doing it all on my own is not.

When you're a very ambitious person, the things that are disappointing are when other people around you aren't as enthusiastic.

I have a lot to be thankful for. I am healthy, happy and I am loved.

Growing up is not being so dead-set on making everybody happy.

I was one of the very first people to ever do a video in country music.

Living might mean taking chances, but they're worth taking. Loving might be a mistake. but its worth making

Everything I've done in my career is a result of growing up in rural Oklahoma, because if I hadn't had the training from Mama and Daddy to work hard, to do what I'm told, to take directions, to mind and to do a good job at anything I set out to do, then I wouldn't be where I am today.

Michael Phelps and Willie Nelson are teaming up to do an album. ... They're covering The Doobie Brothers.

A good song has to have a great melody, and the lyrics have to touch my heart. Now, if it's just a little toe-tapper, got to make me feel good somehow or another, or when I sing it I can't make you feel good.

To me, there's two types of songs, good and bad. And I just like to stick with the good ones.

I love to wear boots - and shoes, I don't like at all.

I can't imagine living a life without God in my life. He is my best friend, He's my buddy, He's the one that I talk to when there's no one around. I talk to Him when people are around a lot too. He's my confidant, He's my advisor, He's my director. I just don't know why you wouldn't want that in your life. He's just like a bodyguard, He is your protector.

If you're happy, you've got the Lord on your side.

If dreams give you power, then I'm strong enough to walk through my heart till you love me.

Fame is a mind - a way of thinking about things. It's all in your mind.

I don't think quantity time is as special as quality time with your family.

I might have been born just plain white trash / but Fancy was my name.

I grew up in southeastern Oklahoma on a working cattle ranch, and it was always very romantic to me: The West, the cowboy, the Western way of life.

Anything worth doing, is worth doing all the way. Just know you'll have to live with all the choices that you make.

For me, singing sad songs often has a way of healing a situation. It gets the hurt out in the open into the light, out of the darkness.

I've never turned my back on country music.

You don't waste your entire life waiting to go back to dust.

Besides, I'm a gypsy at heart and I like to travel around.

You know, I can get kind of spunky or I can get tough, you know, that kind of tough, sexy look. But sexy? No, I don't think so.

I love to sing with different people.

I have learned a lot about myself and come to deal with a lot of things that, at first, bothered me.

I have talked to Debbie Hammond quite a bit, Jim Hammond's wife, his widow. I've seen their kids. And last time we played Dallas, a lot of them came over. It's hard for them to come see the show. It's still hard.

And the two planes that were taking the band and crew that we had taken out to San Diego were flying out after the show. And so I was never supposed to be on that plane.

And so we were asleep there in San Diego. And our pilot called us. And his brother was on one of the other planes. And when he was leaving the airport, he saw in his rear view mirror that there was an explosion.

Whenever a natural disaster occurs, it is always the Red Cross that responds quickly and compassionately. I am honored to lend my voice to their cause, and thrilled to serve on the Celebrity Cabinet for 2010.

He was good in business, but there was business left to do. He never said he loved me, guess he thought I knew.

Habitat for Humanity is a cause that is near and dear to my heart. I am proud to be a part of the partnership between Whirlpool and Habitat and appreciate everything these two organizations are doing for the wonderful Nashville community and other communities throughout the world.

There's a lot of power in putting it out in the universe. It's telling your subconscious mind, 'This is what's gonna happen.'

I've got CDs in my car, listening all the time for that next song, because everybody's looking.

But I like to listen to demos. I like to hear the finished product. It's like listening to a song - I mean, a story. If you're going to sit here and tell me a story, I just like to listen. I don't want to make them up.

[Faith] guides me on everything I do, i ask for guidance, I ask the Lord to give me wisdom when I speak, when I think and I always try to be positive and say nice things and it gives me strength throughout every minute and every day.

But I think a song that is really emotionally packed, with a great melody that just will soar, that's the keeper.

Being sexy is kind of funny to me.

Every song that has been a hit for me has been honest and truthful. I have to believe that same formula will work on this (television) show. It has to be believable and honest.

It's funny how many people will come to Vegas to see your show where they might not come out to see you unless you come to their hometown.

I'm open to any kind of situation in a song as long as it touches my heart.

I have the attention span of a 2-year-old. I like to jump from project-to-project.

And I was mischievous. I was always into something. So when I got good attention from the singing, I knew that was probably where I needed to land.

I use all my skills that I can muster up, but the fun thing is that I find some untapped skills every once in a while. I get that from my daddy.