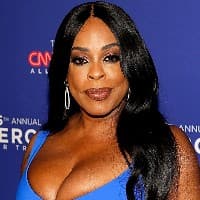 Nash hosted the Style Network show Clean House from 2003 to 2010, for which she won a Daytime Emmy Award in 2010. As an actress, she played the role of Deputy Raineesha Williams in the comedy series Reno 911! (2003–2009, 2020-present). Nash received two nominations for Primetime Emmy Awards for Outstanding Supporting Actress in a Comedy Series and a Critics' Choice Television Award for Best Supporting Actress in a Comedy Series nominations for her performance as nurse Denise "DiDi" Ortley in the HBO comedy Getting On (2013–2015). She also starred as Lolli Ballantine on the TV Land sitcom The Soul Man (2012–2016), and played Denise Hemphill in the Fox horror-comedy series, Scream Queens (2015–2016). In 2017, she began starring as Desna Simms, a leading character, in the TNT crime comedy-drama Claws.

Nash has also played a number of roles in films and has made many guest appearances on television shows. In 2014, Nash played the role of civil rights activist Richie Jean Jackson in the historical drama film Selma directed by Ava DuVernay. In 2019, she starred as Delores Wise in DuVernay's miniseries When They See Us, for which she was nominated for a Primetime Emmy Award for Outstanding Lead Actress in a Limited Series or Movie. In 2018, Nash received a star on the Hollywood Walk of Fame. In 2020, she portrayed feminist leader Florynce Kennedy in Mrs. America. In 2021, she served as a guest host of the show The Masked Singer for five episodes.

All quotes by Niecy Nash:

Falling in love was the easy part; planning a wedding - yikes!

If there is someone in your life who is not serving you or making you better, give yourself permission to move on.

The old adage is true, people will only be as good to you as you are to yourself. They will follow your example, and those who don't will be left by the wayside.

I don't wear my faith on my sleeve, but I definitely do walk with it every day in my heart.

I feel like love is the thing we were created for, yet it's the place we struggle the most.

I say God is kind. So many people want to do what I do [comedy] for a living, and so he didn't have to choose me. So I don't take all the credit, but I do know that I love what I do, and I see it as a gift.

I don't need to do a reality show to make my mark in this world.

Don't go telling yourself you're in love with the man he could be; you gotta love the man standing in front of you right now. Simply put, love the person not the potential! Otherwise, he will always be disappointing to you. And whose fault is that?

There's a lot of women out there, some of whom are my age who've never been married and some who have been married and would like to be married again but think their ship has sailed, and I'm like, 'Oh no, honey, let Miss Niecy show you it is never too late for love!'

I have an extra set of eyelashes because you never know. I could cry or laugh, or it could be windy, and I'll need a standby pair.

I joined church by myself in a borrowed suit at 13. I had my neighbor's bible. So my walk and my faith have always been very real.

There's nothing wrong with having a collection, but it becomes a problem when it overwhelms your space. When you're not displaying it properly, you're not enjoying it and it turns into clutter.

I decided to become an actor at five. I saw the most gorgeous woman that I had ever seen in my five years of living on television. She had on a long, red dress and her eyelashes looked like butterflies and I said, "Grandmamma, who is that?" She said, "Baby, that's Lola Falana." I said, "That's it right there. I want to be black, fabulous, and on TV."

I feel like it's better to see a sermon lived than it is to hear one preached.

I'm not a perfect mom, but I'm perfect for my kids.

People recognize me from everything and as soon as I think I know where they know me from, I'm always wrong.

I used to be married to a pastor, and I had a church for two years. Pastors are just men, too, with a different job description than others. We're all called to bear one another's burdens. We're all called to pray for the sick. They do it on a larger scale, but they're just a man. A lot of women don't think that. Trust me. I know.

If you make your best friend and your significant other the same person, you don't have to disconnect to go tell your girlfriend everything.

The most valuable insight on choosing whom to love is to be honest with yourself about the man standing before you.

When you like what you like, it makes it easy for your husband to shop for you!

No family should have to endure the loss of a loved one at the hands of a previously convicted violent criminal.

I was always funny, but I didn't know being funny was a gift.

I didn't marry a man that wanted to be in the business. But that's why we're a perfect fit.

I'm a Gucci girl all the way.

No one's playing records anymore, so find your favorite and frame it, then get rid of the rest - try selling or donating them.

I don't have a desire to do reality. Because my truth is not what people are responding to. My truth is funny; I laugh with my husband every day.

I have more energy to run after our four children. Weight loss and great skin were a bonus!

I've known for quite a while that I was a funny girl.

I do not have a bride gene. I haven't been planning a wedding since I was 3. I never put a sheet on my head and pretended that it was a veil.

Reality does get a bad rap. But I'm not concerned about it 'cause I know who I am. They can edit it, but you are in charge of what you do.

Celebrate your child's achievement, then rotate it when the next mini-masterpiece comes along. Then chuck the old picture. Don't worry that you're throwing away a memory. Your children will remember your praise more than they will remember the picture with macaroni and glitter glued on it.

In one day, I got mistaken for three different actresses: Wendy Williams, Sherri Shepherd, and Star Jones.

I didn't start out about weight loss. I was very tired and my energy was low. This is my second go-around in love, so I want to make sure I'll be around to enjoy it.

I didn’t get into this business for other people to know my name.

Although my marriage left me with three beautiful children, it also left me with a healthy dose of self-doubt, low self-esteem, and an extreme desire to be loved again. I was operating on empty, expecting to be paid in full.

As women, we often think we have to be all things to all people, all at the same time. As a wife, mother, actress and businesswoman, I definitely feel the pressure to perform well in all areas.

I was in a very fancy, high-end boutique where the sales associates stand around like mannequins. I walked in and the first thing they said was, "Ooh it smells like booty in here" because they knew me from Scream Queens.

I would like to think that television would be representative of the world we live in.

The truth is black celebrities are not as sought after in the press as white celebrities, and that is comforting.

I don't want to be Carrie Bradshaw. I don't want the wedding to be bigger than Big. I'm just grateful to know that the first time I fell in love wasn't the last time.