We believe, one of the ways to learn about something, is not only reading encyclopedia, but also learn peoples' first-hand experience. One of the ways to do this is to learn by quotes. On this website, we do our best to find quotes, cite some of the famous, remarkable and extraordinary people and make these quotes available for you online in a convenient way.

On this page, we’ve put together the best quotes about driving for you. 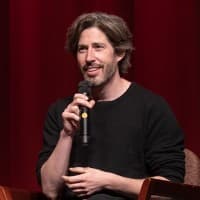 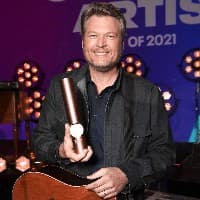 — American country music singer and television personality
DrivingFreedom
I love to deer hunt and fish and drive down the back roads in my truck. All those things basically equal freedom to me - and not having to return that message or call from my record company or management. At some point, I need to recharge. 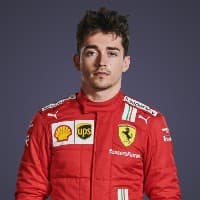 — Monégasque racing driver, currently racing in Formula One for Scuderia Ferrari. Leclerc won the GP3 Series championship in 2016 and the FIA Formula 2 Championship in 2017
MonacoRacingFormula 1Driving
My favorite city to drive is Monaco. I can only choose Monaco. Monaco is where I am born. It’s a very small city and it’s exactly on the same streets I took the bus to go to school. Now I am taking them at 300 km/h in a F1 car. It’s a quite a special feeling.

— English Musician
FocusDriving
I'm just a black hole for stuff. No one should ever hand me anything, because I get so easily distracted. I'll be like, 'Oh, look, something shiny!' I'm glad I never learned how to drive. I would be really dangerous.

— Austrian-American actor, former bodybuilder, film producer, businessman, and former politician
Driving
The better you get, the less you run around showing off as a muscle guy. You know, you wear regular shirts-not always trying to show off what you have. You talk less about it. It's like you have a little BMW - you want to race the hell out of this car, because you know it's just going 110. But if you see guys driving a Ferrari or a Lamborghini, they slide around at 60 on the freeway because they know if they press on that accelerator they are going to go 170. These things are the same in every field.

— English novelist
Driving
I still pinch meself when I wake up of a morning...Who ever thought I'd be a children's author -- let alone a best-selling children's author? I feel I should still be driving a truck, or (working as) a longshoreman.

— American country music singer and television personality
Driving
I think every cute girl is told to move to L.A. someday. So I do like the drive over from my house to the studio.

— Monégasque racing driver, currently racing in Formula One for Scuderia Ferrari. Leclerc won the GP3 Series championship in 2016 and the FIA Formula 2 Championship in 2017
SportAgeFormula 1Driving
Every time a young driver comes into F1, the finger's pointed at him over his age. I don't think that's right.

— Monégasque racing driver, currently racing in Formula One for Scuderia Ferrari. Leclerc won the GP3 Series championship in 2016 and the FIA Formula 2 Championship in 2017
RacingDrivingSpeed
It’s difficult to put into words what we are going through while we drive, this is what I love about this sport. It gives me adrenaline, this is what I like.