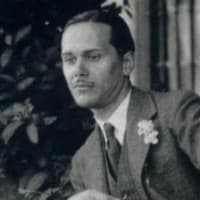 Luis Cernuda Bidón (September 21, 1902 – November 5, 1963) was a Spanish poet, a member of the Generation of '27. During the Spanish Civil War, in early 1938, he went to the UK to deliver some lectures and this became the start of an exile that lasted till the end of his life. He taught in the universities of Glasgow and Cambridge before moving in 1947 to the US. In the 1950s he moved to Mexico. While he continued to write poetry, he also published wide-ranging books of critical essays, covering French, English and German as well as Spanish literature. He was frank about his homosexuality at a time when this was problematic and became something of a role model for this in Spain. His collected poems were published under the title La realidad y el deseo.

All quotes by Luis Cernuda:

Everything beautiful has its moment and then passes away.