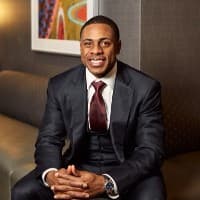 Granderson played college baseball at the University of Illinois at Chicago. He was selected by the Tigers in the 2002 MLB draft. He made his MLB debut with the Tigers in 2004. Granderson is a three-time MLB All-Star, and won a Silver Slugger Award in 2011. As of 2019, he led active players in career triples, was 2nd in career strikeouts, was 5th in career home runs, and was the 6th-oldest player in the National Leagu

Off the field, Granderson is recognized for his commitment to the community through outreach and charity work. Many of his charitable endeavors support inner-city children. He has also served as an ambassador for MLB abroad. Granderson won the Marvin Miller Man of the Year Award four times and the Roberto Clemente Award in 2016 in recognition of his contributions in the community.

Japan has one of them crazy robot shortstops.

Even on home runs that I hit in the past, guys were like, 'Man, you need to slow down. You've got that one.

The simple approach is that if I stay aggressive, I'll hit less often with two strikes in the count. I've been aggressive, but I've missed pitches. If I can put them in play earlier in the count, I eliminate the two-strike approach.

Whenever I get a chance, I'm trying to take the extra base and make them make a play on me. I'm not going to stop looking for the extra base unless the scoreboard tells me.

Our team goal is pretty simple ... basically prepare ourselves to play for nine innings every day, every series, and against every opponent. For me individually, it's more of just trying to play my role the best I can every day.

When you're losing, you see what your team is made of.