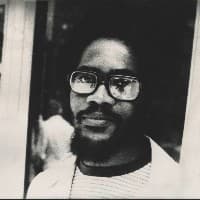 All quotes by Walter Rodney:

By what standard of morality can the violence used by a slave to break his chains be considered the same as the violence of a slave master?

Ethnic differences exist; of course they exist on the African continent. They are not necessarily political differences, however. They don't necessarily cause people to kill each other. They become so-called 'tribalism' when they are politicized in a particular framework. And in post-independence Africa they have been politicized largely by sections of the so-called African elite.

Revolution is the most dramatic appearance of a conscious people.

For the only great men among the unfree and the oppressed are those who struggle to destroy the oppressor.

Not only are there African accomplices inside the imperialist system, but every African has a responsibility to understand the system and work for its overthrow.

After all, if there is no class stratification in a society, it follows that there is no state, because the state arose as an instrument to be used by a particular class to control the rest of society in its own interests.

Marcus Garvey was one of the first advocates of Black Power, and is still today the greatest spokesman ever to have been produced by the movement of Black Consciousness...He spoke to all Africans on the earth, whether they lived in Africa, South America, the West Indies or North America, and he made Blacks aware of their strength when united.

A culture is a total way of life. It embraces what people ate and what they wore; the way they walked and the way they talked; the manner in which they treated death and greeted the newborn.