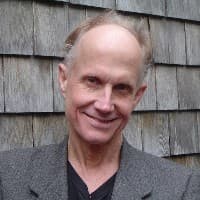 Anthony Dey Hoagland (November 19, 1953 – October 23, 2018) was an American poet. His poetry collection, What Narcissism Means to Me (2003), was a finalist for the National Book Critics Circle Award. His other honors included two grants from the National Endowment for the Arts, a 2000 Guggenheim Fellowship in Poetry, and a fellowship to the Provincetown Fine Arts Work Center. His poems and criticism have appeared in such publications as Poetry Magazine, Ploughshares, Agni, Threepenny Review, The Gettysburg Review, Ninth Letter, Southern Indiana Review, American Poetry Review and Harvard Review.

All quotes by Tony Hoagland:

We would give anything for what we have.

So much of what I love about poetry lies in the vast possibilities of voice, the spectacular range of idiosyncratic flavors that can be embedded in a particular human voice reporting from the field. One beautiful axis of voice is the one that runs between vulnerability and detachment, between 'It hurts to be alive' and 'I can see a million miles from here.' A good poetic voice can do both at once.

And I am too knowledgeable now to hurt people imprecisely

Outside the youth center, between the liquor store and the police station, a little dogwood tree is losing its mind; overflowing with blossomfoam, like a sudsy mug of beer; like a bride ripping off her clothes, dropping snow white petals to the ground in clouds, so Nature’s wastefulness seems quietly obscene. It’s been doing that all week: making beauty, and throwing it away, and making more.

When you're a student of poetry, you're lucky if you don't realize how untalented you are until you get a little better. Otherwise, you would just stop.

The most prevalent poetic representation of contemporary experience is the mimesis of disorientation by non sequitor.

Often we ask ourselves to make absolute sense out of what just happens, and in this way, what we are practicing is suffering, which everybody practices, but strangely few of us grow graceful in.

No matter how you feel you have to act like you are very popular with yourself; very relaxed and purposeful very unconfused and not like you are walking through the sunshine singing in chains.

What we know for sure is that metaphor is the raw uranium of poetry, and that an urge to say that one thing is like something else is one of the earliest markers of the poetic spirit, the nascent poet.

Peter Hyland's poems are both elegantly wrought and meditatively wild. They testify to an original, restless intelligence. He can cast his imagination into a woman's dress, the mind of a grasshopper, or into the glass eyeballs of a buffalo head mounted on the wall of a home in suburban Texas to contemplate 'man's tireless ingenuity.'

We're all attracted to the perfume of fermenting joy, we've all tried to start a fire, and one day maybe it will blaze up on its own. In the meantime, she is the one today among us most able to bear the idea of her own beauty.

These poems possess intelligence, erudition, gravitas and urgency. Serious and moving in voice and ambition, this passionately lyrical and articulate work reminds me very much of the capacious, fierce and intelligent work of Adrienne Rich.

There’s Socialism and Communism and Capitalism and there’s Feminism and Hedonism, and there’s Catholicism and Bipedalism and Consumerism, but I think Narcissism is the system that means the most to me.

The nobility of Teresa Leo's poems is that they are not disposed to hide from the dark-rather, they display a mind that tends toward obsession and brooding, that works against fatality like fingers at a knot. The firm, attentive mind on display and the lucid unfolding of the poems are the life instinct seeking and finding its way through again and again. Love and beauty are the argument, but they don't win easily. Bloom in Reverse works through elegy toward survival with moving persistence, both driven and compelling.