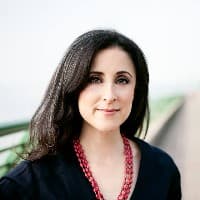 American journalist who writes about health, medicine and scienc

Sheri Fink is an American journalist who writes about health, medicine and scienc

She received the 2010 Pulitzer Prize for Investigative Reporting "for a story that chronicles the urgent life-and-death decisions made by one hospital’s exhausted doctors when they were cut off by the floodwaters of Hurricane Katrina". She was also a member of The New York Times reporting team that received the 2015 Pulitzer Prize for International Reporting for coverage of the 2014 Ebola virus epidemic in West Africa. Team members named by The Times were Pam Belluck, Helene Cooper, Fink, Adam Nossiter, Norimitsu Onishi, Kevin Sack, and Ben C. Solomon.

As of April 2014, Fink is a staff reporter for The New York Times.

All CategoriesAbout being yourselfAbout happiness

Be yourselfHappinessBeing your authentic self is the ultimate secret to happiness in life!

Soon after a disaster passes, we tend to turn our eyes away and focus our resources on the day-to-day, rather than on preparing for the rare, but foreseeable and potentially catastrophic disaster. It's another form of triage, how much we invest in preparing for that, a very important question for public policy. We are a short-sighted species.

Also, and this may sound naïve, but since my early days in journalism, I've felt that getting as close as possible to truth, revealing the reality of a situation in detail, has its own persuasive power. This allows readers to look at the facts and the perspectives presented and draw informed conclusions.

Of course, no matter how hard we try to be objective as reporters, our life experiences and personal circumstances influence our journalism, including the choice of topics we pursue.

That being said, even if we cannot achieve it, journalism that strives toward objectivity and fairness has an important place in our society. So, too, does being honest and open when presenting our own opinions, as you do so well in your book

But we have gone so far in the direction of over treating terminal patients that we've failed to recognize when we're doing more harm than good.

Is the care of the dying man truly robbing care from the poor man? How reliably can we know when someone is in the last ten days of life?

Alignment = Magic & Miracles ... Keep your standards high. YOU are worth it!

A patient healthy enough to undergo a kidney transplant might someday no longer need dialysis. That would free up a slot for a new patient.

Our dreams are expressions of our inner beauty. I've learned that it's completely okay to want whatever you want.

Often in life, the most important question we can ask ourselves is: do we really have the problem we think we have?

Every day is a great day to give love, spread joy, and SPARKLE!