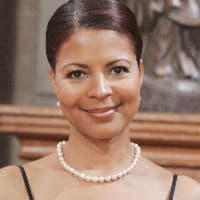 Renée Jones (born October 15, 1958) is a former American dramatic actress. Jones is best known for playing Lexie Carver on NBC's long-running soap opera Days of Our Lives, a role she began in 1993. She has been nominated five times for the NAACP Image Award for Outstanding Actress in a Daytime Drama Series for the role.

MarriageSolitudeBeing single isn't the cause of loneliness, and marriage is not necessarily the cure. There are many lonely married people as well.