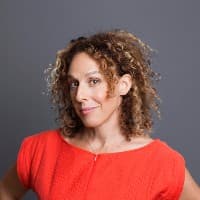 Rachel Grady is the co-director of Jesus Camp (Academy Award nominee), The Boys of Baraka (Emmy nominee), 12th & Delaware (Peabody Award winner), DETROPIA (Emmy winner), Norman Lear: Just Another Version of You (2016 Sundance Film Festival), One of Us (2017 Toronto International Film Festival), and the Showtime docuseries, Love Fraud, which had its world premiere at the 2020 Sundance Film Festival and was nominated for an Independent Spirit Award. Rachel is currently co-directing a film for HBO on the silencing of journalists around the world.

All quotes by Rachel Grady:

Always put yourself in others' shoes. If you feel that it hurts you, it probably hurts the other person, too.

Brain tumor survivors: don't become hopelessly discouraged if you are experiencing deficits. You in a war and you are bound to have a few battle wounds.

Cities are broke, there are no jobs, people without a high school diploma and sometimes even with a college degree can't get jobs.