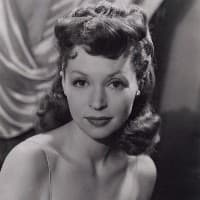 Lilli Palmer (born Lilli Marie Peiser; 24 May 1914 – 27 January 1986) was a German actress and writer. After beginning her career in British films in the 1930s, she would later transition to major Hollywood productions, earning a Golden Globe Award nomination for her performance in But Not for Me (1959).

Other notable roles include in the comedy The Pleasure of His Company (1961), the Spanish horror film The House That Screamed (1969), and in the miniseries Peter the Great (1986), which earned her another Golden Globe Award nomination. For her career in European films, Palmer won the Volpi Cup, and the Deutscher Filmpreis three times.

ArtFacility is an obstacle to any creativeness. In any art form. You get a nice effect without effort, sometimes by accident, and you're satisfied; but there's nothing substantial underneath.

I sweat. If anything comes easy to me I mistrust it.

Smell can conjure up memories for me stronger than any other sense. Especially childhood memories. Perhaps because you were that much shorter and therefore closer to the ground and its smells.

Fidelity is a gift not a requirement.

I had to learn that a good actor, like an iceberg, reveals only a small part of his ability on the surface. You suggest; you don't serve on a platter. You hold back. You don't expose it all to view. That's the way to put the audience's imagination to work.