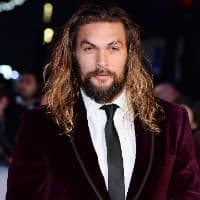 Joseph Jason Namakaeha Momoa (born August 1, 1979) is an American actor and filmmaker. He made his acting debut as Jason Ioane on the syndicated action drama series Baywatch: Hawaii (1999–2001), which was followed by his portraying Ronon Dex on the Syfy science fiction series Stargate Atlantis (2005–2009), Khal Drogo in the first two seasons of the HBO fantasy drama series Game of Thrones (2011–2012), Declan Harp on the Discovery Channel historical drama series Frontier (2016–2018), and Baba Voss on the Apple TV+ science fiction series See (2019–present). Momoa was featured as the lead of the two lattermost series.

Outside of television, Momoa has portrayed Aquaman in the DC Extended Universe (DCEU) since 2016. He headlined an eponymous 2018 film, and will reprise his role in the 2022 sequel. Momoa also played Duncan Idaho in the 2021 film adaptation of the science fiction novel Dune.

Acting workActors about themselvesArtYou know what's it's changed is my appreciate for the art form of making cinema. I don't want to act as much as I want to tell stories. I want to be a part of the whole collective and pull all of the pieces together. That's what I love about directing.

I lay naked in furs a lot. I think I'm naked more than I talk.

I'm raised to actually think, to use my brain.

A wolf is not bad for eating and tearing apart something, if it's for survival. It doesn't do it to be menacing.

I'm one of those freaky people that actually reads books.

People who know me, know who I am.

Like it or not, I'm the new f***ing Aquaman buddy.

I love life and if there's something that I'm playing that I love, I'll research it.

When I'm acting, I wish I was out there, being a part of it and making it. It's all on your name to do that. It's your vision. You're going to get slandered for your work, and I like that. As an actor, it's so hard. I'd rather direct than act.

I don't really push myself upon people. I don't have that. When it meets and things fall in line, it's meant to happen. It's happened that way. I just try to do my best and do my work, and then it falls in line.

You cannot embrace the action or play the role correctly if you're having someone else do the movements for you. I want to be doing it myself, unless it's going to be a train wreck.

I'm kind of ADD in that sense where if I start liking something, I'll just learn it to the absolute max.

A lot of people don't know enough about me. When I meet people who freak out about Game of Thrones, they don't even know that I can speak English.

I'm half Hawaiian and the haka is a very sacred thing, something your family teaches you - my father taught me.

I don't really have any limitations for what I want to do, as an actor.

As a Polynesian, our gods are tied to water, so this means something special.

My favorite movie is 'The Diving Bell and the Butterfly.'

I took no money to make art, but my woman backed me up on it and I want my children to see their father happy.

I grew up rock climbing.

It's not that demanding. It's fun. That's one of the great things about being an actor. You get to learn all these things normal people don't get to learn. Going through hallways where it's basically like S.W.A.T. tactical stuff. Around hallways, how to cross, how to signal everyone. Then how to hold a gun, holster the gun - everything.

I wanted to know everything about the blues. I think it constantly changes for me.

I think a man needs to be a man. To hold a woman the way she wants to be held. Just do whatever your woman wants, and you'll be fine.

How far would you go to protect your family? I'm a father, I'm a son, I'm a grandson, and I'm a husband. If someone were to hurt the women in my life and the law didn't take care of it, what would I do? Pretty awful things.

Some people we know in our lives come up to a crossroads, and they could go left or right, and then end up in a totally different place.

I don't want to play a superhero. Drogo may not be Superman, but it is a phenomenal role. I didn't want to get typecast. Drogo is an exceptional character. Conan is iconic. Whether it does good or not, you just try to elevate it to the next level.

I don't want to just play the same thing. But with The Red Road, no one has ever seen me like that. No one really even knows that I smile, have a personality and have a sense of humor.

I made a conscious choice to turn down some movies that were action-based, so that I could direct Road to Paloma and show that side.

I was on Stargate: Atlantis for four years, playing a similar character called Ronon, who was an alien that didn't say much and grunted. I've been there and done that. Whether people have seen it or not, you want to stretch. And then, while I waited, I got The Red Road, and I'd never gotten anything like that.

There are tons of things I'd love to do. I want to do comedy. It's not that I don't want to play a superhero, but I got to play Conan and Drogo.

I love carbs, but denial is good training for the mind.

I got called 'pretty boy' my whole life.

I was a huge comic book fan, and I still am.

To do six to 10 episodes of high-quality writing, and then be able to go direct my own things, and do a movie, if it comes along, sure. I just want to act and do good work.

The new celebrity thing is going to take some time to get used to because I really am not used to that!

I'm not a big fan of just doing weights. Anything more physical is infinitely better.

In this business, we have to travel so far away from our families. We have two children, so if we can work together, that's awesome. Before I met Lisa Bonet , it was a dream to work with her.

For right now, I'd like to tell stories that I want to tell. I haven't wanted to use someone else's material yet, but I would with the show. It's become an integral enough part of me now, that I could definitely tell a story in this.

I was born in Hawaii, but I was raised in Iowa.

I grew up with artists.