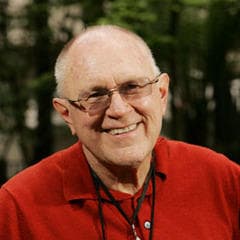 The cheapest, fastest, and most reliable components are those that aren't there.

Every big computing disaster has come from taking too many ideas and putting them in one place.

I've never seen a job being done by a five-hundred-person engineering team that couldn't be done better by fifty people.

My mother had been a grade-school teacher, and my father had an eighth-grade education.

Computer scientists are the historians of computing.

The most reliable components are the ones you leave out.

I don't think forgetting is an important feature of human memory. I think it's important to be able to remember things accurately.

I started working occasionally for my father when I was around six. The first skill I learned was how to join a plug to a wire.

People have no memory of phone numbers now because of the cell phone - their address book is in a cell phone.

Well, I got to have a project. I'm not a blue-sky guy at all. I'd never let anybody like me loose in a company.

I tend to always carry a camera with me. I live next to a fire station, and I've got lots of photos of the hook and ladder coming out of the house. And I like food, so I tend to photograph wonderfully presented food all the time. To me those are very pleasant memories.