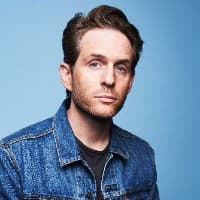 Glenn Franklin Howerton III (born April 13, 1976) is an American actor, producer, screenwriter, and director. He is best known for his roles as Dennis Reynolds in It's Always Sunny in Philadelphia, for which he is also a writer and executive producer, and Jack Griffin in A.P. Bio, as well as the lead role in the short-lived sitcom That '80s Show.

Acting workActors about themselvesOne of the rules that I always follow is that no matter how crazy characters may act, and no matter how absurd or strange their actions may be, that it's justified in the character's mind why they are doing it. Not to get all heady about it, but it's fun for me to test how far I can go with things while still keeping it grounded enough that you believe that the character really believes that what he's doing will get him what he wants. It's a personal challenge to me to see how far I can go with that.

When you have a clear idea of what your character is trying to accomplish, it makes it a lot easier to riff on things.

I was entirely wrapped up in the idea of becoming an actor. I learned how to write on the job, basically out of necessity. I always thought it'd be fun to write something, but it never was an ambition of mine, per se. I just thought, "Well, maybe I'll do it one day just for the hell of it and see if it works."

One of the things that makes any good entertainment, whether it's a play, drama, comedy, television, film, whatever, is that you feel a certain amount of spontaneity.

I can never remember the name of anywhere I've ever been. I will say that I've eaten at a ton of GREAT places. I just don't remember their names. I'm not that guy.

It always stings a little bit when somebody doesn't like what you put out there, or at least it does for me. I don't take it too much to heart, and it doesn't change anything.

One of my biggest pet peeves is that I just don't like it when characters do things that are funny to the writer, but you don't know why they're doing it and it doesn't make any sense.

I take my work very seriously, and that's the only way for it to be fun for me.

Sometimes presenting the most ignorant point of view can be the best way to satirize the issue and highlight that ignorance.

Anything that you really pour your heart and soul into is always rewarding. The most rewarding thing is probably making each other laugh.