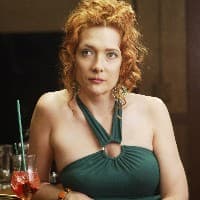 In 2017, she starred in The Circle and Just Getting Started, the latter marking her final film role, released six months after her death. She also starred with Ed Begley Jr. and Josh Hutcherson in Future Man, Hulu's half-hour comedy television series produced by Seth Rogen and Evan Goldberg; she died on June 8, 2017, mid-way through filming the series.

All quotes by Glenne Headly:

To me, a lot of what makes a good actor is not what a teacher tells you to do but how you respond when youre on your own.

I think a lot of good actors - for instance, Gary Sinise - have no training. His training was really entirely on his feet. I suppose you have to have an instinct for it.