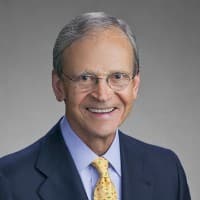 Francisco Anthony "Frank" Lorenzo (born May 19, 1940) is an American businessman. He is well known for his management of Continental Airlines and Texas International Airlines, between 1972 and 1990, through airline deregulation. Lorenzo also led the creation and management of the holding company for the group, Texas Air Corporation, through which New York Air was formed in 1980 and Eastern Air Lines was acquired in 1986, as well as Frontier Airlines and People Express Airlines.

As an airline manager, Lorenzo earned a reputation for low fares and cost cutting, as well as being confrontational with unions, as he and other airline managers pursued an affordable business model for the newly deregulated aviation era. Lorenzo was held in high esteem by airline regulators as committed to low fares, while others in the industry referred to Lorenzo as 'the embodiment of deregulation.' As R.E.G. Davies, the former aerospace historian at the Smithsonian Museum put it, Lorenzo "challenged the entire structure of cost-and-revenue relations that had long existed in a closely protected corporate environment and in doing so generated a cause célèbre of historic proportions."

Since 1990, Lorenzo has been chairman of Savoy Capital, Inc., an asset management and venture capital firm, and he has served as a trustee for The Hispanic Society of America since 2005.

All quotes by Frank Lorenzo:

I can't imagine a set of circumstances that would produce Chapter 11 for Eastern.

We are long-term players in the industry. We're not just crazy and emotional. We try to be logical business managers.