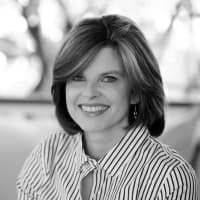 Caitlin Flanagan (born November 14, 1961) is an American writer and social critic. A contributor to The Atlantic since February 2001, she was a staff writer for The New Yorker in 2004, contributing five articles in 2004 and 2005 including To Hell with All That. In 2019, she was nominated for the Pulitzer Prize for Commentary award.

MarriageMarriage remains the most efficient engine of disenchantment yet invented.

SummerI used to teach at a private school, and the parents thought I loved their children. I did not love their children! I liked them well enough, but I was always delighted to see them go off for summer vacation.

DivorceDivorce in a young-adult novel means what being orphaned meant in a fairy tale: vulnerability, danger, unwanted independence.

It can be demonstrated from history that no society has ever survived after its family life deteriorated.

Girls are really looking to places that have limits and boundaries: where adults are the adults and there are rules, and where they feel safe.

I miss my mother very much, and I feel closest to her when I have dinner in the oven and the children are nearby playing and I'm reading a book or doing some little project.

What the altar-bound of today end up buying from their numberless vendors is a dog's breakfast of bridal excess - part society wedding of the twenties, part Long Island Italian wedding of the fifties. It's The Philadelphia Story and The Wedding Singer served up together in one curious and costly buffet.

Keeping a diary is like closing your bedroom door and refusing to come out until dinnertime: it is a declaration of self.

Mothers ... would do anything to steer their daughter the right way. It is frustrating beyond measure for them when a daughter screams, 'You don't understand, and you'll never understand!' The mother stamps her foot in aggravation, but in this case the daughter is right: the mother doesn't understand. She merely remembers, and memory is separate from experience.

In many respects a teenage girl's home is more important to her than at any time since she was a small child. She also needs emotional support and protection from the most corrosive cultural forces that seek to exploit her when she is least able to resist.

Girls are the best readers in the world. Reading is really a way of kind of escaping so deeply into yourself and pursuing your own thoughts within the construct of a story.

If you're a writer, you just keep following the path - keep going deeper and deeper into the things that interest you.

I was really influenced by Joan Didion and Pauline Kael; they were both at the height of their influence when I was coming into my own as a reader.

I come from an immigrant culture. I'm only a couple of generations away from having been a servant girl myself.

My mother was very involved with Cesar Chavez's work on behalf of the migrant farm workers in California.

Becoming a woman is an act partly of nature and partly of self-invention.

To really love Joan Didion—to have been blown over by things like the smell of jasmine and the packing list she kept by her suitcase—you have to be female.

Every great culture has cared a lot, one way or another, about the fate of its girls.

Female adolescence is - universally - an emotionally and psychologically intense period.

Planning a wedding is hell. Things are said. Doors are slammed. Quarrels about the most inconsequential things--yellow tablecloths or white? hors d'oeuvres set out on tables or passed around on trays?--are often pitched at such a level that it seems the combatants may never recover from them. Much of the anxiety, of course, is tribal. It is wrenching to have to open the sacred circle to admit an outsider.

Pubescent girls, it seems, are manifestly more likely to exhibit extreme and bizarre psychological symptoms than are teenage boys.

My father was a writer; I've known a lot of children of writers - daughters and sons of writers, and it can be a hard way to grow up.