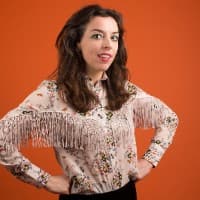 Bridget Louise Christie (born 17 August 1971) is an English stand-up comedian, actress and writer. She has written and performed 12 Edinburgh Festival Fringe shows and several comedy tours, in addition to radio and television work. She has received British and international comedy awards and is also an award-winning newspaper columnist and author.

All quotes by Bridget Christie:

Feminism is not a fad. It's not like Angry Birds. Although it does involve a lot of angry birds. Bad example.

People don't like the word 'feminism' - that's what needs to change, because we're not going to find another word.

I don't mind being called a hairy, humourless lesbian because that is what I aspire to be.