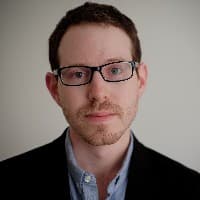 Horror moviesMindIt's easy for me to write a horror movie about real stuff because my mind is always going there anyway.

Acting workI enjoy turning things on the audience. I really like working in genre because people come into the films with certain expectations. They know the tropes so well that, when you turn on those, it can be shocking because there's a complacency that comes with watching those films.

Horror moviesA great horror film works as a communal experience more than almost anything else, except for maybe a comedy. That's something that I've experienced, just taking this movie around and watching it with audiences.

Horror moviesThe nice thing about a horror movie is that people go in looking to be unsettled.

Horror moviesThese are films that I really love, but I would say I'm not somebody who runs out to every horror film. I avoid most of them. I feel like a lot of them are made very cynically.

Horror movies'Hereditary' is unabashedly a horror film. In a lot of ways, it's in dialogue with other horror films. But I do know that it was important for me that the film functioned first as a family drama. I know that I'm never affected by anything if I'm not invested in the people to whom the genre things are happening.

Horror moviesThe next film I'm making is a horror film, and I'm making it with A24. It's a dark break-up movie that becomes a horror film, set in Sweden. That's all I can really say now. It's called 'Midsommar.' Everybody's been spelling it wrong. It's 'midsummer' in Swedish.

Horror moviesIn some ways, the audience becomes complacent when they go to a horror film. And so it's fun to take that attitude and then to upend it.

Horror moviesThe beauty of the horror genre is that you can smuggle in these harder stories, and the genre comes with certain demands, but mostly you need to find the catharsis in whatever story you're telling. What may be seen as a deterrent for audiences in one genre suddenly becomes a virtue in another genre.

Horror moviesI really feel like the horror genre is capable of so much. Especially as an in-theater experience, something you watch with other people. It can do so much.

Horror moviesThere's been a lot of aesthetically rich horror films that have come out in the last several years. 'The Babadook' is this perfectly paced, beautiful film. 'The Witch' is a beautifully made film. 'Get Out' is so intelligently written. I feel like there's so many great things happening right now.

Horror moviesMost horror films are made very cynically, and they're usually made by studios for an audience that they know is there, no matter what they put out. And there are always exceptions - every year, it seems we have a great one coming out.

Horror moviesWhen I was 13 years old, I was obsessed with horror films. I even had, like, a binder that I filled with badly copied images from the Internet of, like, 'Pinhead and Basket Case.'