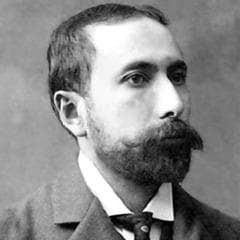 Poet and diplomat, generally considered the most distinguished Mexican poet

LoveSo long as there's a gap in your life, fill it with love.

The literary man has a circle of the chosen few who read him and become his only public. . . . What more natural than that he should write for those who, even if they do not pay him, at least understand him?

To tell you the Truth: It's better to give rather than to receive.

The farmer doesn't sow any seed; he chooses it carefully for by experience he knows that the harvest will be of the same Nature of the sowing. The wise man observes the laws of life and lives accordingly. Therefore, you sow in the furrow of life generous and beneficial procedures for all that according to the law your harvest, being good will make your life better.

Love bears initself its own fulfillness.

Don't do anything to stop a woman from flying; let fate take its course.

Who loves a lot, forgives a lot.

The most evident sign of having found the Truth is the inner peace.

I am only a spark: Make me a fire.