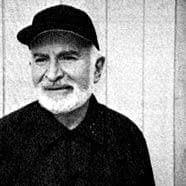 All quotes by Al Forman:

I occasionally get birthday cards from fans. But it's often the same message: They hope it's my last.