Best quotes by A Fine Frenzy 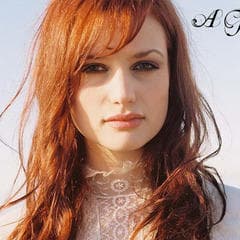 Alison Sudol (born December 23, 1984) is an American singer, songwriter, actress, and music video director. She is known as the singer A Fine Frenzy, and also for her role as Queenie Goldstein in the Fantastic Beasts films Fantastic Beasts and Where to Find Them (2016), Fantastic Beasts: The Crimes of Grindelwald (2018) and Fantastic Beasts: The Secrets of Dumbledore (2022). Her music has been featured on numerous television shows and in several major motion pictures.

A Fine Frenzy quotes by category:

FearI think I had a lot of fear, even when I was really young, that I was going to be seen as something that I didn't want to be. I didn't really know how to be myself well enough to be comfortable being someone else. Now, as an adult, I have a grounded enough awareness of who I am as a human being and what I'm comfortable exploring and what I'm not interested in exploring.

ConfidenceActing workActors about themselvesI do consider myself an actress now. I think Dig and Transparent have given me the confidence. I've been working as an actress, it's something that I have to continue to earn, but I do feel like it's a part of me. It's something that I love, and to not acknowledge it would be false.

DreamsLoveGoodbye, my almost lover. Goodbye, my hopeless dream. I'm trying not to think about you, can't you just let me be? So long, my luckless romance, my back is turned on you. Should've known you'd bring me heartache. Almost lovers always do.

BooksI wasn't a very outgoing child. I read a lot of books and the characters in each of the books became like imaginary friends - I immersed myself in the different worlds. I always hated finishing books that I really loved for that reason.

I guess I did a couple of things when I was a kid, but they weren't really acting - I think I walked down a corridor or something. Then I didn't want to do it at all. I got into it because both my parents were actors and so I went with the flow. Then I said, "I can't handle this, I don't like auditioning." I still hate auditioning, but it's less painful then it was back then.

Do you remember A Wrinkle in Time? It's a good one example. I think the character's name is Meg. I just remember she was a very logical, intelligent, advanced girl. I wouldn't say that I felt like that was who I was, but I wanted to be around her; I wanted to be like her. She had an understanding of science and was incredibly curious - an interesting, complex young girl.

All of my scenes were with Jason Isaacs. I could definitely see myself going on an adventure with him, and learning as an actor from him.

Did I make it that easy to walk right in and out of my life?

Your fingertips across my skin, The palm trees swaying in the wind, Images. You sang me Spanish lullabies, The sweetest sadness in your eyes, Clever trick... I cannot go to the ocean, I cannot drive the streets at night, I cannot wake up in the morning without you on my mind, So now you're gone and I'm haunted, And I bet you are just fine. Did I make it that easy to walk right in and out of my life?..

I was in a commercial when I was three. My godfather was a director and a producer of commercials. He took me in along with his kids and I couldn't remember my lines. I giggled my way through the commercial and they kept it.

For me, intrigue is a pretty powerful emotion. If you want to know more about a character, if you want to understand how they work, then you have enough curiosity to delve into their skin and their being. That was the biggest pull for me.

I didn't want to be a cheerleader, and when you're young and you're blonde that's kind of thrust upon you whether you like it or not.

You think you might know something about yourself or why you act or react in certain ways and then you come to new information and suddenly you see your past and your present in a completely different light.

The best advice I've got was - "All you have is the process. All you have is the journey of making something. Once you're done you have absolutely no control on how it's received, or if people like it or hate it, or what is done with it. As long as you enjoy the process, then you'll always be happy." I really feel like that's important advice. Sometimes we get so focused on the results that we miss doing it - we miss the adventure of being in the midst of something because we're looking too far ahead.